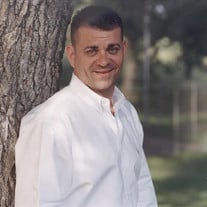 Steven “Todd” Reddick, age 52, of Marion, Kentucky went to be with the Lord on Sunday, October 11, 2020. Todd was a mighty man of God that won the ultimate prize in heaven after fighting a long cancer battle. If you knew Todd, you know how incredibly proud of his family he was. His wife, Michelle, and all of his children: Kayla (Ben McCurry), Ashton (Bradley Wyatt), Rebekah (Sam Laskowski), Jack, Jonah, Jett, and John-Luke. Todd had eight grandchildren: Georgia, Beckham, Griffin, Goldie, Brooks, Gwyneth, Grady, and Sawyer. His mother, Diane Reddick and late father, Jake Reddick. His mother-in-law, Judy Belt and late father-in-law, Eddie Belt. Todd had two sisters and two brothers-in-law: Stefanie (Jaime Crowell) and Amy (Dr. David Bealle). Todd had a brother-in-law, David Belt (Abbey Belt), and 18 total nieces and nephews. Todd was known for being strong, funny, intelligent, hardworking, persistent, and maybe even a little mischievous. He was always going out of his way to make someone laugh. He enjoyed playing sports and was an incredible coach. Todd loved being outside fishing, hunting, camping, and boating with his family. He was an excellent worker and loved running heavy equipment. We know his dad, Jake, has already put him to work helping build the kingdom in heaven. His strength throughout his life was unbelievable and his Faith in God never ceased no matter what circumstances he faced. Funeral services will be held 1:00pm Wednesday October 14, 2020 at Gilbert Funeral Home with burial following at Mapleview Cemetery. Friends may call from 5:00pm – 8:00pm Tuesday October 13, 2020 at the funeral home. In addition to flowers, the family would appreciate donations for his sons to the Todd Reddick Memorial fund at Farmers Bank and Trust in either Madisonville or Marion, KY.

Steven &#8220;Todd&#8221; Reddick, age 52, of Marion, Kentucky went to be with the Lord on Sunday, October 11, 2020. Todd was a mighty man of God that won the ultimate prize in heaven after fighting a long cancer battle. If you knew Todd,... View Obituary & Service Information

The family of Steven Todd Reddick created this Life Tributes page to make it easy to share your memories.

Send flowers to the Reddick family.