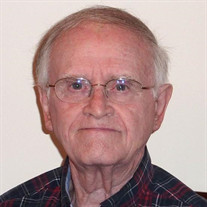 Lewis Randolph Selvidge, Jr., 82, passed away 17th September 2017 in the loving presence of family at St. Francis Hospital in Columbus, Georgia. Lew was born 21st December 1934 in Wichita Falls, TX to Lewis R. and Iva (Pickett) Selvidge, Sr. just a few weeks after the bombing of Pearl Harbor. WWII took his dad from his job as school principal in Antelope, Texas to federal civil service as trainer of Air Force servicemen at Chanute Air Force Base, Rantoul, Illinois. The Family settled in Champaign, IL seventeen miles south of the air base. After high school, Lew drove a Coca-Cola truck for a year and then joined the Air Force in 1954. Lew met and married Alma Lee Wootton in Champaign during his first tour. The couple then was sent to McConnell AFB, Wichita Kansas, where Lew served as a hydraulics specialist on B-47 aircraft. Upon completion of his tour in the Air Force, Lew earned his B.S. and M.S. in Industrial Studies at Southern Illinois University at Carbondale, IL. He accepted a teaching position at State University of New York, in Oswego in the fall of 1963. After 2 years of teaching and post-graduate work at University of Illinois, Lew accepted a teaching position at Georgia Southern University in Statesboro, Georgia where he finished his teaching career, retiring in 1997 as a Professor Emeritus of Industrial Technology. During his career, Lew was acknowledged with a U.S. Office of Education Fellowship in Washington, D.C., 1966-1967, the Sargent Americanism Award, 1983 and the Leavey Award for Excellence in Private Enterprise Education, 1984. He authored 2 textbooks and published many articles on the subjects of Free Enterprise, World Class Manufacturing, and Total Quality Management. Lew was also a master woodworker, building many Colonial Williamsburg reproductions in addition to custom designs of his own. One of Lew’s other passions was writing. He enjoyed developing and writing Christian gospel tracts and bookmarks that he used for evangelism and passed on to many family, friends, acquaintances, and others. Lew and Alma were faithful members of First Baptist Church in Statesboro where both Lew and Alma taught Sunday school, and Lew served as a Deacon. Lew participated in a mission trip at age 71 to Russia in 2006 and was able to share the Good News of Christ with many in Novosibirsk, Russia. Since moving to Phenix City, Alabama, Lew was a member of Wynnbrook Baptist Church, where he was active in prayer ministry and Sunday School. Lew Selvidge leaves behind a loving wife Alma of 64 years, sons Lewis R (Kimiko Yamaoka) Selvidge III and Mark Selvidge, granddaughter Sarah Selvidge, and grandsons Makoto (Libby Kinser) Selvidge, and Justin Selvidge. Service will be held Friday, 22nd September 2017, 1:00 PM CT at Cox Funeral Home in Rosiclare, IL. Public visitation will be from 11:00 AM to 1:00 PM

The family of Mr. Lewis Randolph Selvidge Jr. created this Life Tributes page to make it easy to share your memories.

Send flowers to the Selvidge family.