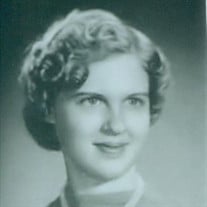 Freda Mae Siener Obituary On the afternoon of March 26-th, 2022, at Hardin County General Hospital, Rosiclare, Illinois, Miss Freda Mae Siener departed this world to be with her heavenly Father. Freda was born April 9-th, 1941 to Ralph Joseph “Red” and Cora Mae (Owens) Siener. Though she often described herself as a “scrawny kid,” Freda made quite an impression on the world. She attended elementary school at Stone Church, Hardin County, Illinois; high school at Rosiclare Illinois; and, college at Southern Illinois University, Carbondale, Illinois where she served as Dorm Secretary at Woody Hall, and was a member of the Newman Club which studied and followed the history of the Catholic Church. In 1961, she graduated SIUC and began a fulfilling career as a teacher in the Hardin County, Illinois school system. She first taught at the elementary school at Stone Church. Freda will long be remembered as a kind and very patient educator to rooms full of first grade students. She had a heart for service. Visiting with the senior population at local nursing homes and serving her church, St.Joseph Catholic Church in Hardin County, Illinois were just two of the many activities which brought a smile to her face. On April 18, 2009, she was very honored to receive the Community Service Award for work she had done through the Carbondale Region Catholic Social Services. She enjoyed sharing a meal with friends and family at her favorite spot, San Damiano Retreat, in Hardin County, Illinois. She traveled frequently when younger to far away places and always brought back interesting stories, beautiful photos, and gifts to share. Freda, also, met three U.S. Presidents on her adventures. She was preceded in death by her parents; her paternal grandparents, William Mathew and Margaret Catherine (Zimmer) Siener; her maternal grandparents, Thomas Jefferson and Ida Mae (Ellis) Owens; several aunts, uncles, and cousins. Surviving her are cousins Edith (Douglas) Meyer of Missouri; Linda (Merv) Hopson of Florida; Carl (Jane) Siener of Louisiana; Anita (Allen) Saunders of Texas; Debora (Thomas) Simmons of Golconda, Illinois; and Evelyn Turner of Chester, Illinois. A funeral service will be held Friday, April 8-th at 11 AM, at St. Joseph Catholic Church, Hardin County, Illinois.The Hardin County Funeral Service is in charge of arrangements. In lieu of flowers, please consider a monetary gift to: St. Jude Children’s Research Hospital, Memphis Tennessee (st.jude.org)

The family of Freda Mae Siener created this Life Tributes page to make it easy to share your memories.

Send flowers to the Siener family.